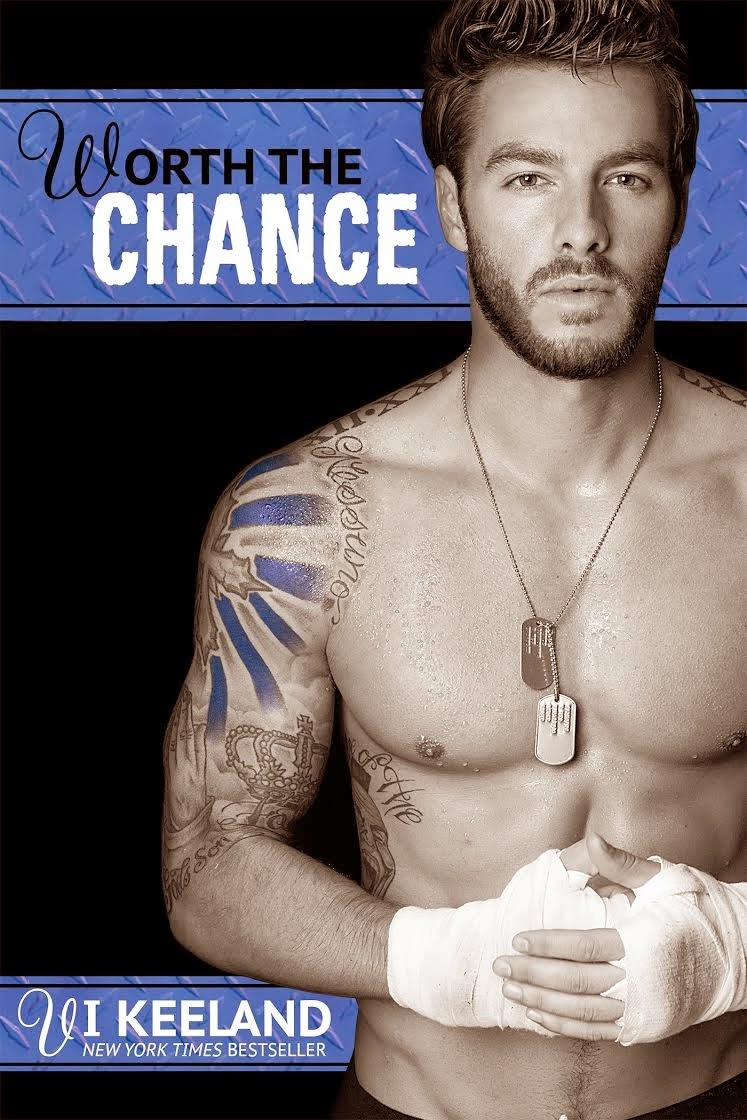 Meet Liv Michaels
It may have been seven years, but I’d know him anywhere.  Sure, he’s grown, filled out in all the right places, but his captivating blue eyes and cocky grin are exactly the way I remember.  Even though I’d much rather forget.
Liv Michaels is almost there.  She’s smart, determined and weeks away from landing the job she’s dreamed about for years.  Time healed old wounds, even her broken heart from the devastation of being crushed by her first love.
Meet Vince Stone
Women love a fighter, especially a good one.  Lucky for me, I’m damn good.  But there’s one woman that isn’t interested.  Not again, anyway.
Vince ‘The Invincible’ Stone is every woman’s fantasy…strong, sexy, confident and completely in control.  Growing up surrounded by chaos, he’s learned never to get too attached. Love will drag you down.  He adores women, treats them well, puts their own needs before his own…for the night anyway.  With the biggest fight of his life coming up, his focus should be on training.
When fate brings Vince & Liv back together again, there’s no denying the chemistry is still there.  But can Vince erase the old scars their past left behind? Or will Liv hurt him instead? 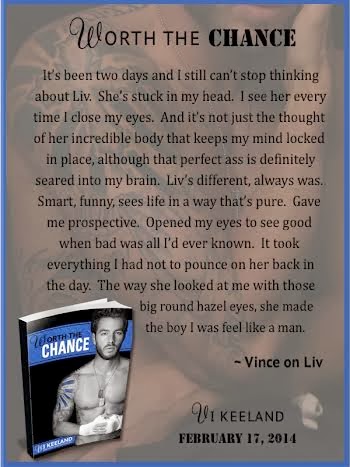 This is Vinny's story we meet his as a thirteen year old kid in Worth the fight book #1 but each book is a standalone.
Vinny is now Vince Stone and Oh My he is no longer a child Vince Stone is all MAN a handsome fighter still taking care of his drug addict mother.
Seven years ago he walked away from a young girl he had feelings for because of his own issues he felt he was not worthy of her and he did not want to taint her innocence so he backs away.
Liv Michael was left heartbroken when the boy she was in love with discards her like yesterdays trash. Seven years later Liv is now all WOMEN now interning at a news paper competing for the job of her dreams.
During a women self diffidence class she dumps into the one person that she tried to forget over the years.
They both have a powerful reaction to each other Vinny see's this as his second chance at true happiness but Liv is reminded of her heartbreak and tries to keep her distance.
"But that kiss. It was unlike anything I've ever felt in my life. Filled with passion and desire, it made me forget where I was. Who I was. Being near him is dangerous. I could easily fall for him again, which is why I know I can't see him again."~Liv
But Vinny has a way of getting what he wants so when Liv is assigned to write a piece on Vince Stone and his upcoming fight she declined but Vinny makes it clear he would not do the interview with anyone but Liv so her plan to keep away from him is not going so well.
In no time Vinny gets to work on breaking down Liv's wall because he wants her, he wanted  her seven years ago and he most defiantly wants her now.
"He stands and kisses me on the cheek, one hand on my hip, quickly forgetting the conversation he was in the midst of. His strong grip on me sends goosebumps racing and a tingle washes over my skin. I almost jump back at the power with which it hits me."~Liv
They have a real connection and chemistry even at kids and now as adults that's so much more intensified.  A heated lust filled relationship begin between the two. Vinny has had problems in past and Liv is good for him she gives him stability and a future to work towards. But not all is smooth sailing when Liv discover a secret that will destroy the only good thing about his family that he believes.
Will this secret rip the pair apart for a second time or will they finally get their happy ever after.
"Two hours later, and a bucket load of tears from both of us shed, I have my answer. It reads like a fucking tabloid story. One that Liv was suppose to write. But instead she lied, trading keeping my secrets for the job she's dream about since she was a kid. And then sells her keeping that secret to my rich scumbag of a father, only to pay off my drug addict mother's debt so that I can take a shot at my dream. Only in my life does shit like this happen."~Vinny
Over all the story is well written it flows well with lots of steamy hot seems to get your blood pumping. Easy quick read with likeable characters. This is not my favourite read from Vi Keeland but I still really enjoyed it and If your a fan of Ms Keeland writing then you will love this.
4 stars 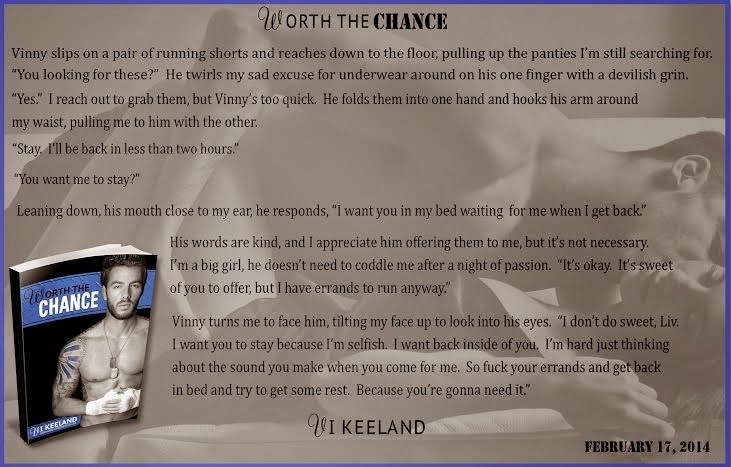 Vi Keeland is a native New Yorker with three children that occupy most of her free time, which she complains about often, but wouldn't change for the world. She is a bookworm and has been known to read her kindle at stop lights, while styling her hair, cleaning, walking, during sporting events, and frequently while pretending to work.  She is a boring attorney by day, and an exciting smut author by night!

(8) Sets of "Bookchick glasses" and 5 custom wine charms, one of each of Vi Keeland's book covers – International
a Rafflecopter giveaway
OR you can find the giveaway here: http://www.rafflecopter.com/rafl/share-code/ZjYyMzdmZDU1MmU0YmE1MTNiNGVmOWFlNWU5MDQyOjQwMA==/